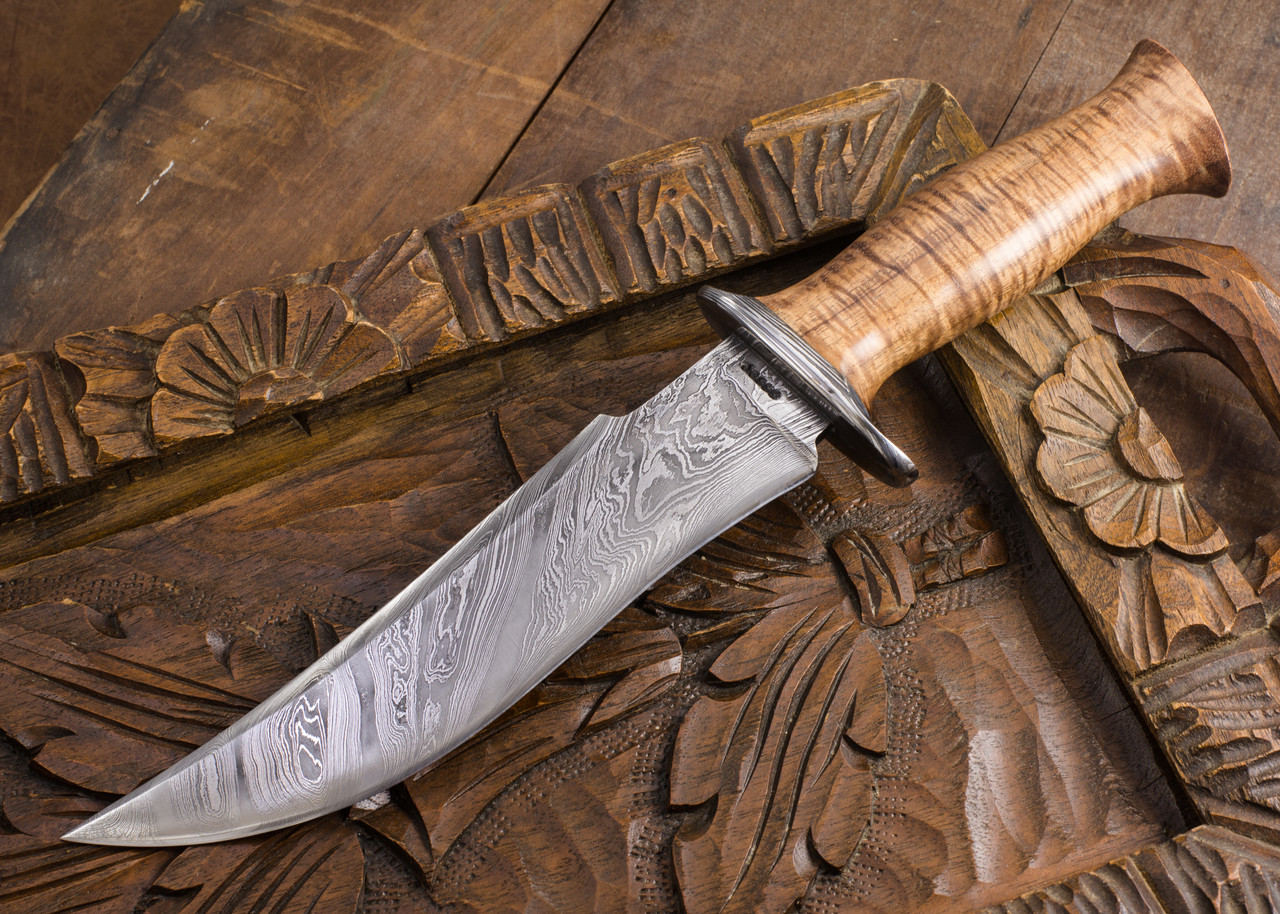 My Mission: To produce the best cutlery I can, make friends who love knives as much as I do, and give the customer a tool they will be proud to own.

Back in the day, "Uncle Jesse" Hemphill served a five-year apprenticeship in ornamental blacksmithing, and later he worked in that field, but it wasn't long before he discovered that his great love is bladesmithing.

He began making knives in the late 1980s, and he continued his craft until it became his full-time occupation

All of the blades Jesse makes influenced by traditional American and European patterns and occasionally something that simply springs from his fertile imagination. He use all natural handle materials, such as horn and carefully chosen figured woods he stabilizes himself.

Uncle Jesse's work speaks for itself. We're proud to feature it here on KnivesShipFree.