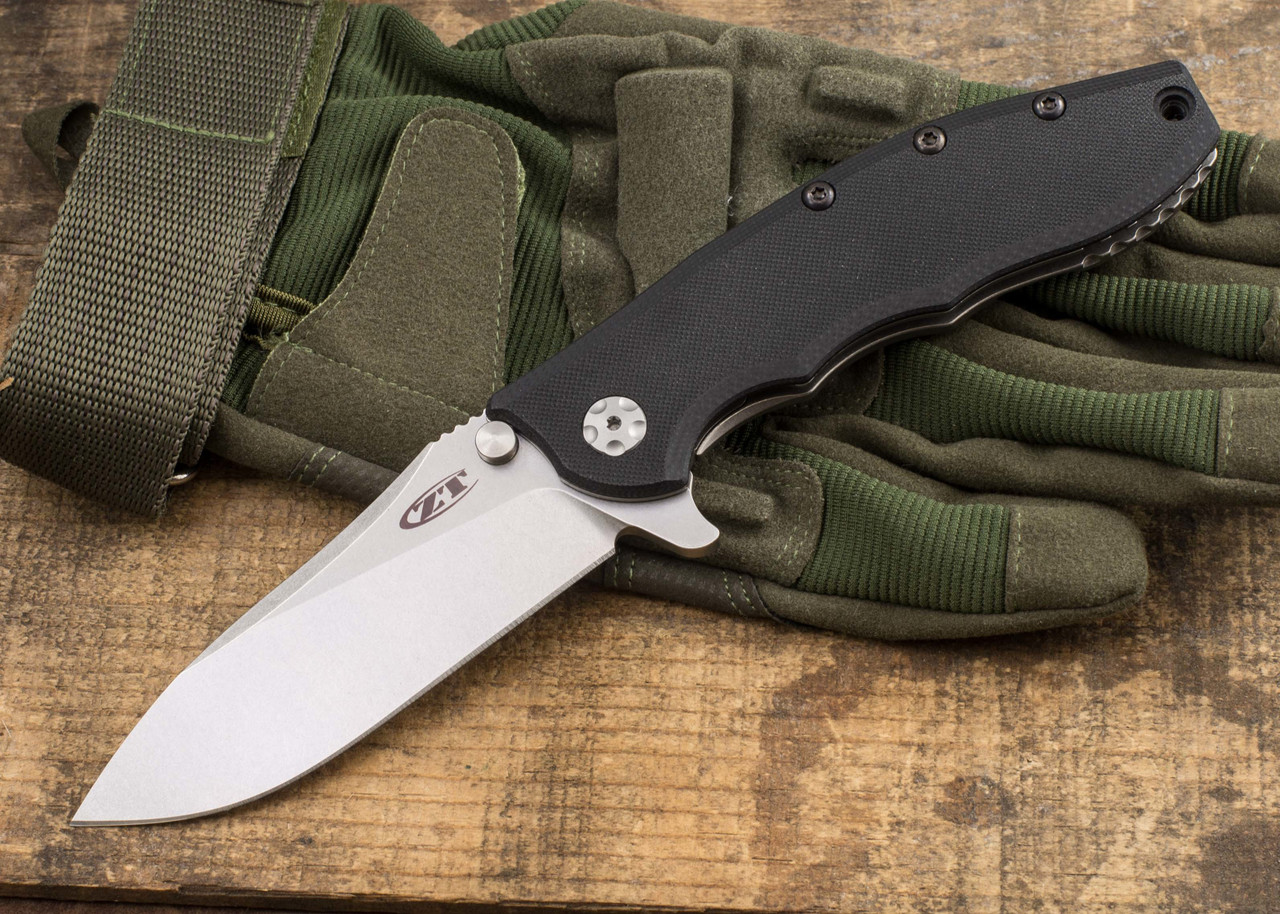 Zero Tolerance knives are built tough enough to meet the needs of military, law enforcement, and other first responders. They'll handle whatever you throw at them, in real-world situations you face every day.

ZT Knives take their name from the maker's unwavering commitment to quality, design and usability. Employing super steels and cutting-edge manufacturing, along with a form-follows-function approach to aesthetics, truly sets ZT apart from the competition.

Whether your purpose is duty, EDC or a combination of both, Zero Tolerance won't let you down.

Zero Tolerance Knives (ZT Knives) is a big name in the knife world, delivering an amazing line of high-quality, hard-use knives that are popular amongst law enforcement, military, and civilian knife users.

This American company started operations in 2006 and is still going strong. Based in Tualatin, Oregon, ZT Knives started with purely combat and tactical knives, known for their “over-built”, high-quality, edge-retaining blades, as well as impressive all-out performance. Today, ZT Knives have evolved and adapted their designs to cater to the general public, as well as their traditional, loyal following of tactical knife enthusiasts.

Because ZT Knives started with tactical knives, which endeared them to law enforcement and the military in the first place, they have to cater to a very wide demographic that expects high-quality design, performance, and endurance. These are the elements that ZT knives deliver in spades. The blades use a range of American-made high-performance steels, and their handles are manufactured from such durable materials as titanium, carbon fiber, and G-10. This makes for a very robust construction that houses a razor-sharp blade.
When diversifying their portfolio, ZT Knives stayed true to their tactical knife background. Though their civilian models are functionally different, they remain as solid and enduring as their military predecessors.

The performance on their knives is impressive, and they are well-known among knife lovers the world over for reliability, solid no-nonsense design, and exceedingly sharp, robust blades.

Every knife ZT makes has a unique serial number. That number is a lot more than a marking on a blade. It indicates the date the knife was assembled and even the individual who assembled it in ZT’s factory. They can track this information and use it refine their production processes.

Top of their Game

From its inception in 2006, ZT Knives have continued to innovate and improve, with many of their models winning several awards. This is due to a highly skilled workforce, demanding manufacturing techniques, high-quality materials, and an exacting product control. Furthermore, many of their designs are the result of direct collaboration with some of the most notable knife makers and designers, such as Rick Hinderer, Les George, Jens Anso, and Dmitry Sinkevich.

The list goes on and on. ZT Knives has a habit pushing themselves and making a splash year after year. Their dedication to functionality, durability, and quality control has earned them their spot in the modern knife world. These attributes make their knives a must-have for any serious knife lover.

We are knife enthusiasts just like you, and just like you, we demand nothing but the highest quality in the knives that we sell to our customers. Zero Tolerance has proven over the years to live up to those expectations, and we are very happy to carry them.